You are here
Home > Article > Hoax and deception by GEM4ME or an innovative breakthrough of ICO technologies? ( The article is being archived _…+ 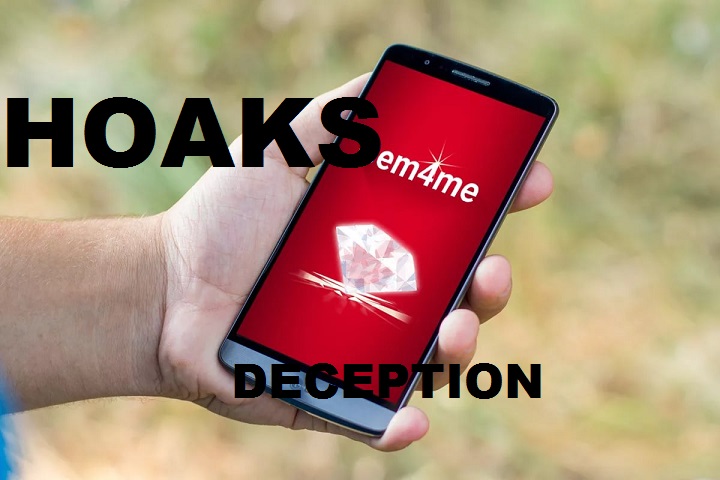 Hoax and deception by GEM4ME or an innovative breakthrough of ICO technologies? In our fast-paced and unrest time, people hear about new innovative discoveries more and more often. Those discoveries are called to make our world better from the very basis and influence our being and very existence. During the latest few years, there is a commercial on the Internet about the unique messenger that is being created, named  GEM4ME .  Moreover, this commercial calls people to become investors and gain huge money on this unique development of young Belarusian designers. However, there is another opinion that  GEM4ME  is a nothing but hoax and deception of investors! We’ve decided to deal with the situation around this ‘unique’ development to help everyone avoid possible mistake and loss of their money. In addition, the means of depriving of money and technology for this implemented by the team is really innovative. They announced about them online and they got started to prepare for a really revolutionary ICO. If you won’t deal with this situation today, then later you will discover that evil and deception are comparable with fast-paced development of science and technology, they disgrace them, and break the real oeuvre and scientific-resourceful developments of the leading scientists of our unusual time ! So what is ICO? If to put it simply, the ICO (Initial Coin Offering) is issuing of tokens or so-called coupons for future exchange or purchase of goods using cryptocurrency. The ones who are acquainted with the world of cryptocurrency and ICO understand perfectly, what risks an investor bears stepping in this way. For a person who has never encountered this topic, it is hard to get into the details and risks in a short time. However, we are talking about the existing healthy risks and good intentions of organizers and developers of the technological product, not about scam and hoax. For several years already, this as if ‘technology’ GEM4ME  hides behind a company or, as they are also called, pseudo ‘holding’, which is nothing but a gathering of burps of marketing and the field of data of sales technology, fused with a small group of young developers of software. This group of entrepreneurs brings their idea into the Internet – to attract investment capital from people’s masses to develop and make a pilot for the introduction of a messenger GEM4ME  with its further sell. Currently, they plan to do an ICO with a tremendous amount of income – from 6 to 8 billion dollars.. The huge percent of this income is allegedly planned to be given to trustful investors of  GEM4ME. 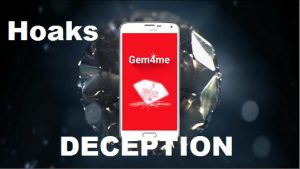 So what is this product and what qualities does it have to bring so generous and fast profit to many investors through ICO? To be more specific, what is in the center of advertising of a group  GEM4ME, what set of wise words and technical characteristics will they input into this ‘black box’ called a miraculous messenger and when it is going to be launched?… Trustful investors are promised that this is a unique, innovative product, the really first messenger that has the right to exist at all and which is going to arise because of peoples funding, who will fund it from their own family budget, that is, personal accumulations of money. GEM4ME is an innovative technical advancement that has found its place in PlayMarket and App Store. In functional features, it is stated that there is a financial plugin with a possibility of making transactions and algorithms of a payments system powered thanks to a partnership with PKB Privatbank SA (Switzerland). The development of a messenger is done by a company from Belarus, Minsk, named   » Synesis «, under the management of programmers from  , » Synesis «, who allegedly created a popular messenger Viber, who was later bought by some Japanese company » Synesis «, for 1 billion dollars.

Shatrov Alex is also the active founder of , a company, which takes the leading position in CIS countries in the area of cloud analytics with their product — KIPID. This product was implemented as a pilot in subways of Minsk and Moscow. The technical guru in this project is Stepanov Victor  , who was spotted being developing a financial plugin named Coinfide ,It is also known that  Viktor  works on several positions, one of which is a technical director of a company named -3BC Money/ In February 2018, GEMeME announced that 4.5 million users already joined the messenger’s network all over the world. The company announced about two independent auditing procedures and obtaining the internationally acknowledged conclusions. Based on those auditing checks, the company’s capitalization was approved to be 87 million USD. So let’s try to deal with everything together – if a messenger Gem4Me  is a unique development, which will allow every investor to enrich after the ICO or is this just a hoax that will bring nothing but tears and future disappointment. What strengths the community of GEM4Me names before the planned ICO:

So, one has to ponder that:

The office of the IT company from Belarus named “Synesys” don’t have any relation to the company Gem4Me, which allegedly creates the messenger. Nobody in this office even knows that this product is so perspective and powerful. Even more, the company “ Synesys” rents the office, 2 floors in the building located in Minsk, Independence Avenue, 95. (As of now on, only a small group of 5 people is working on this messenger). Can you imagine that!? Is it possible to create constructive, competitive messenger in our time with such an approach and huge market competition in the field of mobile communications and applications? Of course, no! Please listen to the speech of Olga Nikitina  in Minsk on 04/21/2017 with a maximum degree of attention (this is a confidant in all developments and a wife of  Alex Shatrov). (Russan Dialogy) https://youtu.be/_CtGREdy9P4 Alex Shatrov, as it turned out, was not a developer of Viber – he only helped to organize a meeting of the real developers of the app with its local owners and gained good money for this help.   So, respected potential investors of ICO by GEM4ME – you necessarily have to think, where and to whom you bring your own money that you’ve earned with blood and sweat! Based on what do you trust in the promotion of works for the development of this app? Who actually saw the published auditing conclusion about the company’s state of affairs and a financial statement or where can we find it? What are those auditors? Based on what many-million company’s capitalization is now promoted (Camilleri Spiteri Advisory Services Ltd. (Malta) and SIA Doma Audits (Latvia)) 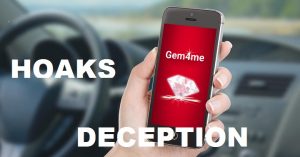 The number of users of GEM4Me  app is completely groundless for specialists – they show it as 4.5 million globally. But what counter is it? How does it count a false data? Where is the actual verification of the number of users of a completely un-working and raw messenger? Who actually needs it if there is a huge amount of thorough-developed and nice working perspective apps on the market? Use at least a little help – Wordstat (that has the objective, not inflated, indices of visitors of a resource and its popularity): The word “GEM4ME” is viewed by 4,000 users monthly today, while in 2016, it was two times less Together with the below-mentioned queries, the numbers are: GEM4ME  Hoax — 800 people per month. GEM4ME  Deception — 120 people per month. GEM4ME ICO — 110 people per month!? Just for your interest, input the data of visitors and popularity on any other messenger or a mobile app. And take your time to compare those numbers. You will AT ONCE understand the real competition, the objective one, not the one the representatives of a company  GEm4ME try to feed you. If you see the same data in the CIS countries, you will see it is even lower and completely shallow! 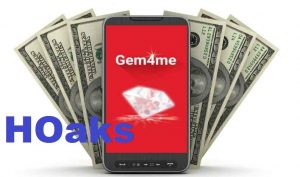 Also, consider that some messengers were blocked on the territory of Russian Federation in 2017 by Roskomnadzor – (BlackBerry Messenger (BBM), LINE, Imo.im, and audiovisual chat Vchat). But if you even won’t consider the political issues but only will leave the very essence and competitive perspectives of the creation and development of GEM, considering the really grandiose future ICO by Telegram’s creator Pavel Durov and his team’s approach to this, you will completely understand the non-solid approach of GEM4Me to their brainchild. This considers, first of all, the impossibility of technical competitiveness in the field of mobile apps by the team  Gem4ME, complete lack of must-have knowledge and skills, possibilities of the development, and even financial state of things. So, really nothing must be expected from the upcoming ICO byGEM4ME If it actually will happen and its managers won’t leave you again alone with empty promises. Add here are the ICO’s natural risks of organization and participation – this is the most obvious and the strongest drawback. 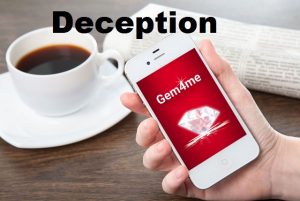 In Russia, back in 2014, the Central Bank issued the letter, which said that e-money was actually a money surrogate. In addition, the biggest part of countries in the world does not have any regulation considering ICO, thus, there are risks not only for ICO’s participants but also for organizers. So if you really believe in the existence of a unique working group of programmers, who are able to make a miracle and turn you into the richest people in the world, make sure they aren’t even working now – call to SYNESYS in Minsk on the telephone  +375 (17) 240-36-50 and ask for the head of the development department of  GEM, as, you know, you are about to invest a lot of money into this development. So, if they do exist, they must be interested in at least talking to you. Even if the organizers will still offer you anything and provide you with a White Paper of their ICO – try to understand, who is actually positioned as the organizer of this project – as we suppose, there must be no team of  SYNESYS  even close. By the way, now they position themselves only as a helper and consultant of some young company named GEM4Me, delivering expertise and ready technologies on the stage of a startup (The site of SYNESYS – ‘Startups’ section).   So, dear investors of GEM4ME – before participating in ICO, please analyze your chances really thoroughly and evaluate the real perspectives of the organizers, a possibility of their token to go on big exchange markets, and the growth in capitalization – and you will understand that  GEM4ME is nothing but hoax and deception, not the labor-consuming development of scientist and your future thriving!   (If you need any additional support or information in your critical situation on this project – do not hesitate to write us on )

Hoax and deception by GEM4ME or an innovative breakthrough of ICO technologies? ( The article is being archived _…+