You are here
Home > Beginner > How to choose multi-currency e-wallet? 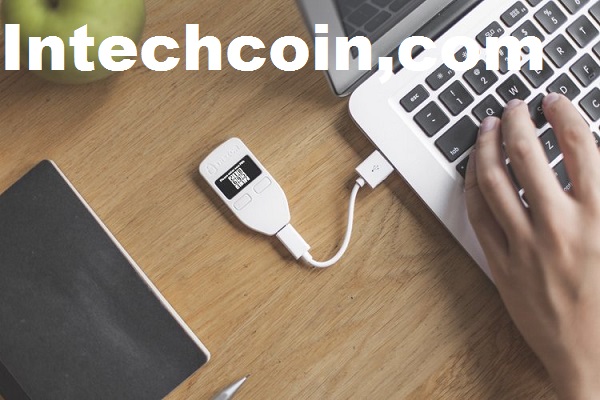 Altcoins are gaining wider popularity. The growth rate of the market capitalization of altcoins is the evidence of this statement. This market has already surpassed the analogical trend of the Bitcoin market. This is also clearly seen in the dominance index of the first cryptocurrency, which keeps lowering. There is a huge amount  of altcoins and the market capitalization of some of them has already stepped over the threshold of 1 billion USD. Many altcoins are interesting not only because of the idea and technology put on their basis but also because they are the appealing objects for the portfolio investment. So, there is a reasonable question – where should one better keep various e-actives?

Why is the separate e-wallet for every altcoin not convenient?

Some users open the separate e-wallet for each of their cryptocurrencies (for instance,  Electrum Dash  or  Ethereum Walet). Such an approach definitely has the great value in safety of keeping e-currencies because each e-wallet gives a possibility to safely preserve the control over the private key. If you store it in the safe location (for instance, writing it on paper or copying it on the flash device, which will constantly be offline), you can be 100% sure that your e-money will be safe. However, such an approach also has some disadvantages. Firstly, having many different e-wallets isn’t convenient. Secondly, every one of them implies to have own unique seed-phrase (which is a private key). The bigger number of e-currencies you have the same bigger number of unique seed-phrases you have to have. If you lose one – you will lose all e-money in this e-wallet.

Why don’t you have to store big amounts of money on e-exchanges?

Many crypto enthusiasts prefer to store their altcoins on e-exchanges. This might seem convenient as the modern e-exchanges support the option of storing tens and even hundreds of various altcoins. However, such an approach also has a number of significant shortcomings, providing that the user has to entrust his or her e-coins to a third party. Many of the cryptocurrency e-exchanges are centralized, completely not protected from hacking , and constantly being  DDoS-attacked. These factors threaten the safe storage of money. That’s why those users who tend to store big amounts of e-money in those e-exchanges not actively trading big amounts, really have to consider storing their cryptocurrencies elsewhere, somewhere with the control over the private key and, generally, with the full control over own e-assets.

As in the case with e-exchanges, this option also can’t be named as completely reliable, as it also implies provision of the control over the money to a third party. On the other hand, e-wallets often support many popular cryptocurrencies and even allow making transactions with low commissions. However, this might be the only advantage of storing altcoins in online e-wallets. From amongst the number of existing e-wallets, these popular in the Russian-speaking online segment can be highlighted: Cryptonator  and  Holy Transaction.

Along with the growing number of smartphones, there also appeared many mobile e-wallet options for both Android and iOS. Some cryptocurrency online services also provide the mobile version (for instance, the already mentioned  Cryptonator). Some mobile e-wallets are distinguished with high reliability (as they provide a possibility to store the seed-phrase) and intuitively understood interface. One of the named e-wallets is  Coinomi  The last version of this e-wallet allows saving the seed-phrase already during the first launch. Coinomi has the integration with popular ShapeShift exchange service and currently, the application supports over 60 altcoins.

Crypto-wallets as the browser extension

Jaxx is popular in this segment. It exists as the browser extension for Chrome and Firefox. The e-wallet is easy in use, has minimalistic design and flexibility of options. However, the most important thing is the control over the private key that exists as the seed-phrase. The support team of the wallet is constantly working to add new altcoins into the e-wallet, and their number now is 14. There is no need to export and save the seed-phrase for each of them – you only have to back up only one seed-phrase, consisting of 12 words. Using it, you can restore all e-wallets in one go, as well as the balances you have on them.

The good option to store your cryptocurrencies is multi-currency e-wallets, which are installed on the PC. Exodus  can be distinguished amongst them. It has intuitively understood and beautiful interface, control over the private key, and in-built exchange system ShapeShift. Currently, this e-wallet supports 7 cryptocurrencies, amongst which are ETH, DASH, LTC, REP, GNT, and DOGE. Jaxx e-wallet also has the desktop version available for Windows, OS X, and Linux.

Such type of crypto-wallets is considered the safest, as they provide the maximum safety in the storage of e-actives, so-called ‘cold storage’ in the environment, which is protected and isolated. This is probably the best way of long-term storing of the big amount of e-money. The hardware e-wallet has reliable integration with a private key, which is used for making a signature for transactions. Among the most popular e-wallets of this kind are Ledger Nano S, Trezor, and KeepKey. Every one of them supports several popular altcoins, including ETH, LTC, and DASH.

Hoax and deception by GEM4ME or an innovative breakthrough of ICO technologies?